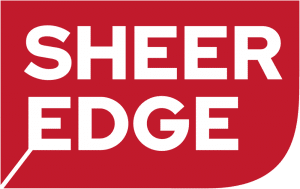 Now that live events and concerts are back for us all to attend, there are plenty of dates coming up that you might want to make note of in your calendars!
Sheer Edge are delighted to work directly with so many arenas and music venues across the UK to provide not only the most sought after artists and entertainment but the BEST corporate hospitality; AO Arena Manchester, First Direct Arena Leeds, Utilita Arena Birmingham, Resorts World Arena and many, many more.
Music has the unique power to evoke emotions and memories, whether it takes you back to a childhood memory, a holiday of years gone by or even past relationships – music can transport you to back to moments of your past and you feel as if you’re re-living your past. The relationship between music and memory is very powerful and sometimes instead of being able to remember the lyrics, we feel strong emotions. There are different kinds of memory, the two most prevalent are explicit and implicit memory. Explicit memory is more of an intentional and conscious retrieval of the past, whilst implicit memory is more a reactive and unintentional form of memory.
When you hear certain music, how does it make you feel? What emotions does it evoke?

“I think music in itself is healing. It’s an explosive expression of humanity. It’s something we are all touched by. No matter what culture we’re from, everyone loves music.” –  Billy Joel

So what musical events can you enjoy for the remainder of 2021 and going into 2022?

Michael Ball & Alfie Boe
Have a UK tour starting later this year. Michael Ball is widely recognised for his work on Les Miserables  After three chart-topping albums together, the pair have a festive one coming out this Christmas and have just announced a new UK tour, kicking off on the 29th November and running through to the 6th December. Their grand bromance will also see them headlining the relaunch of London’s West End with the return of the concert version of Les Miserables, which opens on December 5, 2021 at the Sondheim Theatre. Here at Sheer Edge we’re offering brilliant hospitality packages for the opening night of the tour at Resorts World in Birmingham. A brilliant 16,000 capacity arena with great hospitality options within.
Gary Barlow
Is also going on tour this winter accompanied by a fantastic orchestra and Leona Lewis as a special guest. He will be performing all time classics of his alongside tracks from his latest album ‘Music Played by Humans’ which is Gary’s third number one solo album in the UK charts. This is an occasion not to be missed.
Stereophonics
Will be kicking off their UK tour in December 2021 at Principality Stadium on Friday 17th and Saturday 18th December with special guests Tom Jones and Catfish and the Bottlemen.
There are so many other fantastic sought-after artists, entertainers and shows taking place at numerous UK venues, let us know if you would like us to check availability and hospitality options for you.
Remember the fun definitely won’t stop in 2022 either!
The Foo Fighters
Are returning to the UK in 2022! There are going to be four dates, one in Manchester, Birmingham and two London shows. This is going to be unmissable as they’ll be performing songs from their latest album, ‘Medicine at Midnight’ alongside all time Foo Fighter classics.

“Music comes from a place we don’t know.”- Chris Martin

Here at Sheer Edge, we’re offering lots of different hospitality options for many events, to suit all budgets. If you’re looking to attend any of these brilliant live events, and create some unforgettable memories with family, friends, clients or colleagues, then enquire with us today…

You can find similar content to this article below.

When you’re searching for a venue for your next event, what factors do you take into consideration?  Location? Accommodation on site? A landmark? Something unusual? 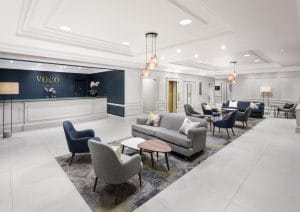 We often get asked to find a venue outside of the town or city for a meeting or conference, bedrooms are a must and plenty 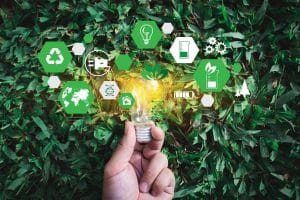 When it comes to choosing a venue, it’s about more than simply the décor and location. It’s essential that the venue and its administration represent

This website uses cookies to improve your experience while you navigate through the website. Out of these, the cookies that are categorized as necessary are stored on your browser as they are essential for the working of basic functionalities of the website. We also use third-party cookies that help us analyze and understand how you use this website. These cookies will be stored in your browser only with your consent. You also have the option to opt-out of these cookies. But opting out of some of these cookies may affect your browsing experience.
Necessary Always Enabled
Necessary cookies are absolutely essential for the website to function properly. This category only includes cookies that ensures basic functionalities and security features of the website. These cookies do not store any personal information.
Non-necessary
Any cookies that may not be particularly necessary for the website to function and is used specifically to collect user personal data via analytics, ads, other embedded contents are termed as non-necessary cookies. It is mandatory to procure user consent prior to running these cookies on your website.
SAVE & ACCEPT